The processing time is adjusted daily. Urgent? Please contact us. The 20 liter steel jerrycan is used for multiple possibilities. The jerrycan contains a shackle closure for safe storage and the transport of liquids.
Opis

The 20 liter steel jerrycan is used for multiple possibilities. The jerrycan contains a shackle closure for safe storage and the transport of liquids. To ensure the quality of the product the jerrycans are UN, TUV and NATO approved. The jerrycan is equipped with petrol resistant coating and is suitable for jerrycan holders.

History
The jerrycan was invented by the Germans in 1939 during the Second World War. In English, the Germans were nicknamed 'Jerries. This, of course, because they were the inventors of the jerrycan. The name Jerry survived the war and that is why we still call them  jerrycans.

What is jerrycan?
A jerrycan is a tank that can hold gas, diesel, kerosene, or water. The staining of the canisters were unique in the sense that they represented the contents of containers.
- Red for gasoline
- Yellow for diesel
- Blue for petroleum
- Light blue for water

Moreover, the design was well thought out as it had three handles to optimize the operation of the heavy jerrycans. For example, they remain stable in cars under extreme conditions. The outer two levers were convenient to lift the container with two people. The center lever was perfect if your partner had gone off.

“Without these cans it would have been impossible for our armies to cut their way across France at a lightning pace which exceeded the German blitzkreig at 1940. President Roosevelt”

In doubt? Order a sample!

Do you want to be just a little bit more sure whether this product is suitable for your project? Order a sample of this product. (ca. 10cm)

Click on the order sample button below to add a sample to your order.

You can order 1 sample per product. On your sample card is a discount code that represents the value of this sample. This discount code can only be used when ordering this product with a minimum quantity of 2 units (for example meters).

Please note! The discount code is valid for 2 months. 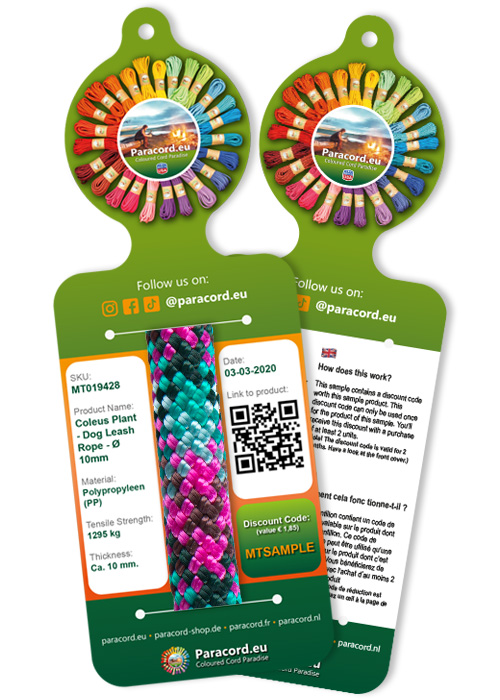